The Past, Present, and Future of Plastics: How We Got Here and Where We’re Going

Plastic wasn’t always considered an unsustainable resource. In fact, when it was first created, it was done so in order to protect limited resources and as a way to make products more accessible to consumers.

However, as more plastics were developed, we began to see a darker side to the plastic industry. By the time we knew its real dangers, our dependence on plastic was too great.

In order to fully understand the deep impact of plastic, we need to know where it came from and how we got to this point. Here’s a brief history of plastics and what we must do to avoid a dire future.

Where plastic comes from 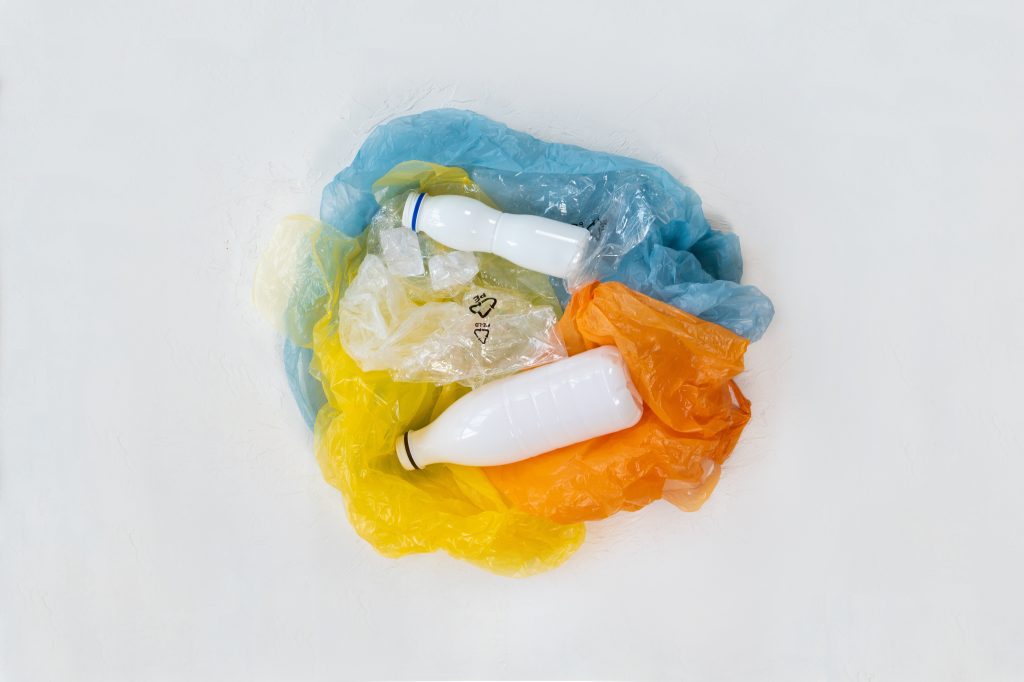 Plastic is a synthetic polymer made from fossil fuels. It was originally intended to replace limited natural materials. Although plastic is one of the worst polluters in modern times, it originated as a substance that would protect and preserve natural resources as industry grew.

The first synthetic polymer was created in the United States by John Wesley Hyatt in 1869 in response to a $10,000 award to anyone who could come up with a substitute for ivory for billiard balls. His synthetic polymer was made from a mixture of cellulose treated with camphor, and it created the first plastic that could easily be formed into many shapes, replacing common natural materials like horn and tortoiseshell.

This revolutionary invention opened endless doors. It was inexpensive, and it was versatile; it allowed mass production of items that had previously been limited by the amount of available materials, and it made those items accessible to people who previously could not afford them.

The popularity of plastics grew at the onset of WWII. Militaries needed vast supplies, while natural materials were limited. Plastics allowed governments to use synthetic materials, like nylon and plexiglass, to supply their troops in an economic and relatively environmental way.

After the war, the possibilities plastic gave exploded. In the United States, where much of the plastic innovation was happening, a growing middle class and consumption culture necessitated the mass production of inexpensive items. Plastic allowed that.

As more innovations—such as televisions, car radios, synthetic fabrics, and other plastic-dependent items—became a must-have in every household, the plastics world exploded. In many ways, plastic provided many of the comforts that we enjoy today. Products that were only accessible to those in the upper classes were now accessible to everyone. The ability to create our own materials laid the way for countless innovations. It was seen as a magic material of the future.

However, the mass production and consumption of plastic products quickly revealed a darker side to synthetic polymers. One of the selling points of plastic—the fact that it lasts forever—also meant that discarded plastics wouldn’t degrade in a landfill.

In the 1960s, we first began to question whether plastic was the magic material that we thought it was when plastic was first spotted floating in the ocean. By the ‘70s and ‘80s, when concerns about mismanaged waste were raised, we were beginning to realize that plastic was a true problem, and our use of plastics needed to be limited. Later, we began to discover the health issues surrounding plastic, especially from exposure to mismanaged plastic waste and plastic production facilities. However, by this time, the world was dependent upon plastics as a valuable resource, and although we knew the dangers, we also needed plastic in order to survive.

The state of plastic today 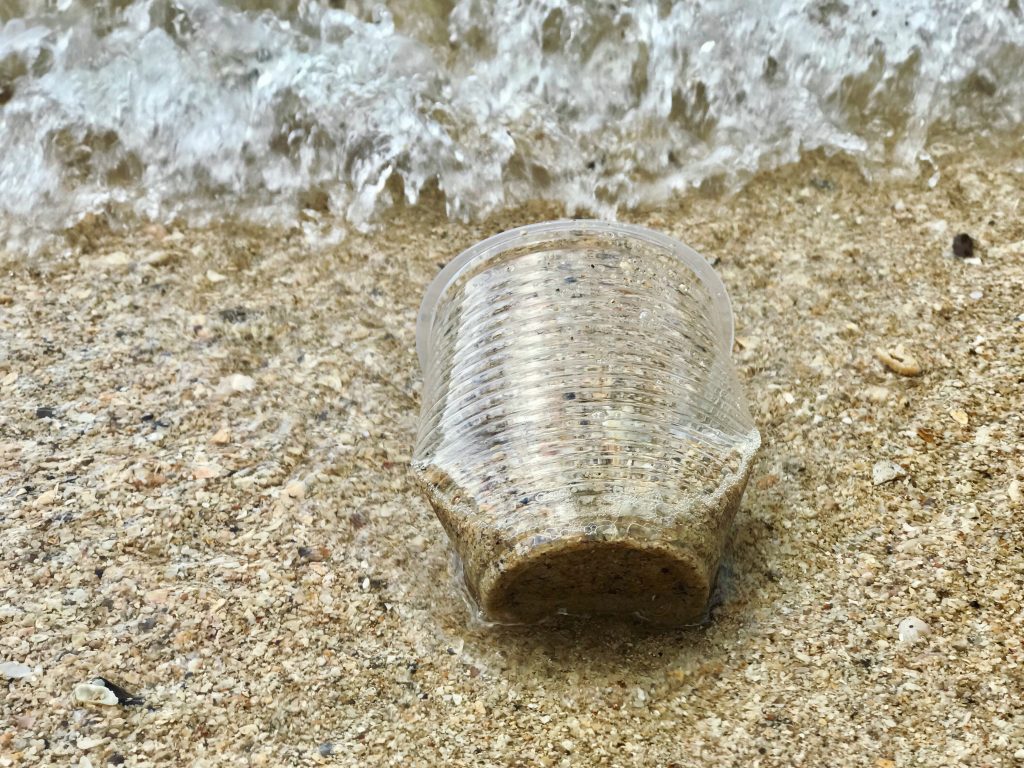 Today, plastic remains a top production material. It’s used in almost everything, from clothing to packaging. It’s essential in medical supplies, automobiles, and electronics. Because there are so many different types of plastic that can be used in many different ways, its usage is ubiquitous.

However, we’re also beginning to understand its massive dangers. Mismanaged plastic waste is found in waterways all over the world. Perhaps most famously, the Pacific Garbage Patch is nearly 1.6 million square kilometers, and it’s mostly made of plastic materials. Poorly managed landfills result in plastic leakage into nature, and vulnerable communities, especially along the coast, are drowning in plastic waste. Although plastic doesn’t break down, UV from the sun causes chemicals to be released into the air, which has been linked to health issues like cancer, hormone imbalances, and miscarriages.

The problem is only getting exponentially worse. In 1960, there were less than 50 million tons of plastics produced globally compared to over 350 million tons in 2015. Furthermore, the COVID-19 pandemic exacerbated the issue. Afraid that the virus survived on surfaces, consumers relied upon single-use plastics for food delivery and grocery shopping, turning away from the movement toward reusable options. The requirement of masks also created further plastic waste.

Now, as governments are focused on post-pandemic economic recovery plans, they are less focused on environmental issues than environmental ones. In many ways, we have taken many steps back in terms of limiting our plastic waste in a time when we need to be making drastic changes if we want to see a positive issue.

The plastic pollution problem isn’t hopeless. We can still fix it, but only if we, as a global community, start working together today.

The future of plastic and plastic pollution 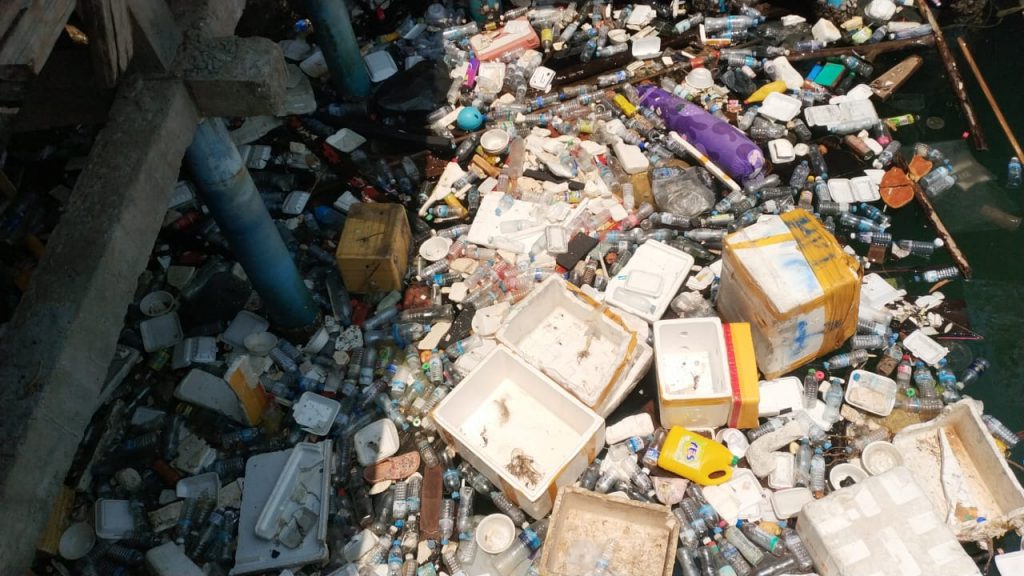 Our future may see two different outcomes, depending on how we approach the plastic problem today. If we want to see the most positive outcome possible, massive changes need to be made now. Failure to do so could result in the end of our planet as we know it.

While, sadly, it’s mostly vulnerable communities that see the biggest impacts of plastic waste today, this incomprehensible amount of plastic waste will begin to affect everyone. Marine life will perish. Dangerous toxins will cause health complications. We will see a world where we can’t possibly manage the plastic waste that we create—waste that will never degrade and, therefore, stays in nature in one way or another forever.

It also has economical consequences; the effects on tourism, fisheries, and clean-up costs is estimated at a multi-billion dollar loss, and companies face financial risk if they are unable to properly manage their own plastic waste.

It’s not all hopeless. There are steps that we can take now to enjoy a happy and healthy future.

According to this view, we must first learn how to reduce our usage of plastic and develop new ways of recycling plastic so that we can address the plastic waste that we already have. In the meantime, we can turn to waste treatment solutions like co-processing to convert plastic waste into energy rather than allowing it to pollute the planet.

This requires effort by all stakeholders—individuals, companies, and the government—in order to succeed. We all need to take responsibility for the plastic waste that we produce and consume in order to reduce the amount of mismanaged plastic waste that poisons our planet and the people on it. But, it requires us to take drastic action now if we are to avoid an unlivable future.

Partner with TONTOTON to help ensure the best future possible 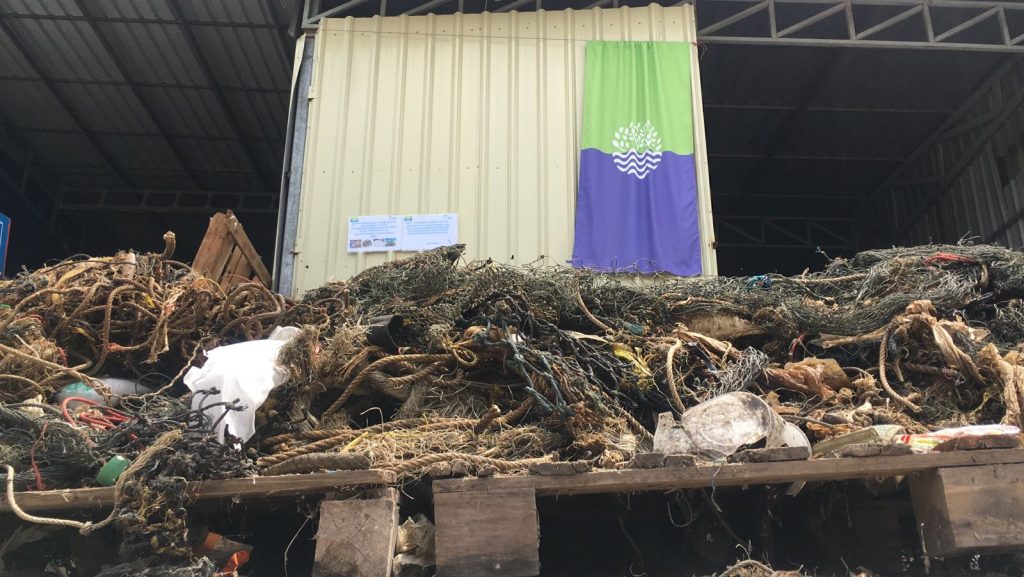 TONTOTON allows companies to take responsibility for their plastic use and production now while developing plans for future mitigation. It uses a certified plastic crediting system to fund projects that both aid vulnerable communities and removes plastic waste, especially ocean-bound plastic, from the environment.

It works like this: your company purchases plastic credits equalling the amount of plastic that you want to take responsibility for. We take the funding that plastic credits generate in order to employ individuals in vulnerable communities to collect orphan plastic waste—low-value, post-consumer plastic that, until now, has been abandoned to nature. Orphan plastic cannot be recycled, so it typically holds no value for waste pickers. Because we’ve now monetized it, waste pickers may collect it for income.

Beyond competitive wages, we also provide training, personal protective equipment, and access to healthcare to our employees, which is something that most waste pickers don’t receive. Those who work with us have been able to better support their families while also seeing a cleaner and healthier community. They are committed to the work because they see immediate positive changes from their cleanup efforts.

Once the plastic is collected, we send it to cement factories to be converted into energy and raw materials, resulting in zero waste. In this way, everyone wins. Your company wins by taking responsibility for your plastic waste, the communities win through employment opportunities and a cleaner environment, and the world wins because of reduced plastic waste that would have otherwise ended up in our oceans.

Help save the planet, and take responsibility for your part in the plastic pollution problem by partnering with TONTOTON.

PrevPreviousSocial Responsbility and Business: Why Companies Need to Start Taking Responsibility for Their Impact
NextThe Role of Big Business in Climate Change IssuesNext 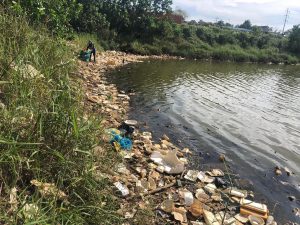 Plastic Footprint Reporting Is Critical to Businesses in 2023. Here’s Why… 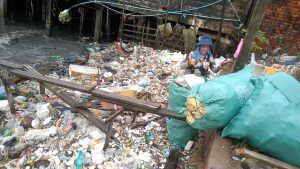 Drowning in Plastic: The Direct and Indirect Effects of Plastic Waste on Marginalized Communities

How Plastic Household Waste Across the World Affects Southeast Asia