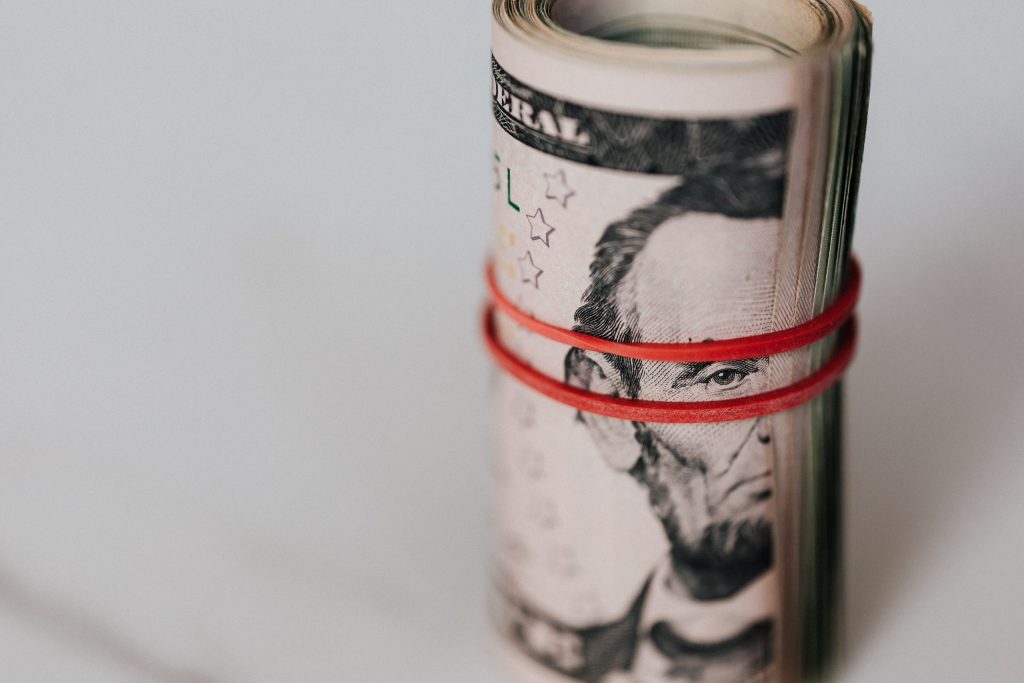 One of the main contributors to climate change is human industry. It’s our production and consumption of goods that’s depleting natural resources, producing harmful emissions, and changing our landscapes. Because of this, the fate of our planet may lie in the hands of companies and corporations and those who run them. (In fact, this idea has a name—extended producer responsibility—and in the near future, producers will likely be held financially responsible for unsustainable practices. More on this later.)

Up until now, sustainability and financial gain were diametrically opposed; making environmentally friendly business choices was viewed as expensive, and those in charge of financial decisions believed that the cost of a sustainable business model outweighed the benefits.

The real financial risk of failing to invest in the environment 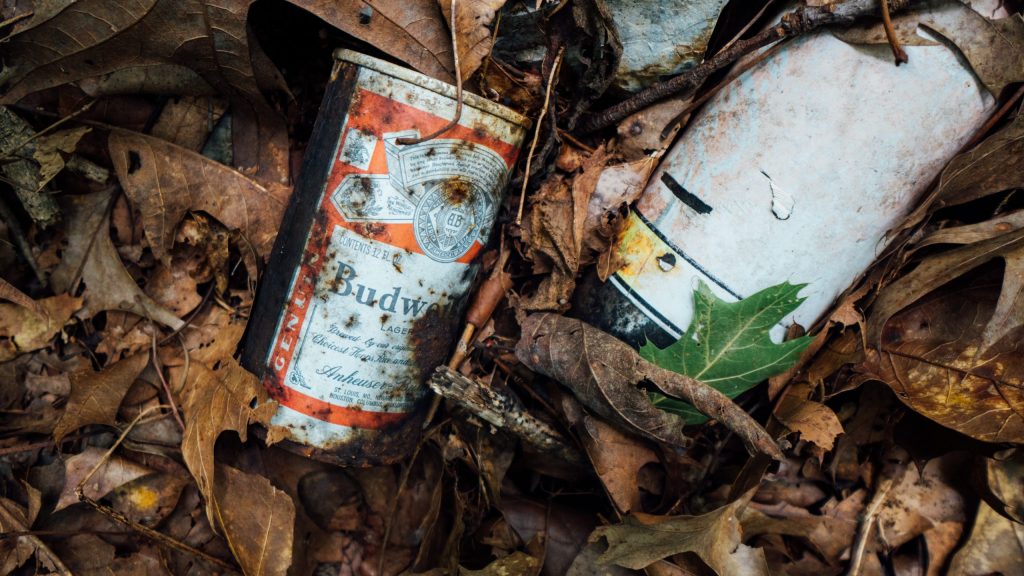 For a number of reasons, failing to invest in the environment can be a true financial risk.

Investing in resource extraction or manufacturing methods that are unsustainable could result in massive losses. Stranded assets—investments that are lost as a result of external changes, like climate change or environmental regulation—have lost companies an exorbitant amount of money in the past. For example, according to the Harvard Business Review, around US$21.5 billion in mining projects have been suspended for an indefinite period in Peru due to social and environmental concerns. Failure to pay attention to upcoming and long term environmental legislation and public concerns could mean massive loss of investments.

Loss of resources is a very real risk as well. As both renewable and non-renewable resources are abused, resources that used to be in abundance are becoming depleted, which drives up costs. As an example, less accessibility to clean water has driven up water costs. It has become such a large issue that even large companies, like Coca-Cola, are impacted; in 2004, Coca-Cola was forced to close one of their plants in India because it had over-used and polluted the local water source. If companies are unable to use resources responsibly and replace the resources that they use, prices will be driven up, and profits will be reduced.

The fact is that climate change will impact revenue and expenditures.  In fact, in a study of 8,000 supply chains, 72% predicted significant impacts due to climate change. Because of this, it behooves companies to manage environmental risks now through funding of sustainable projects and reducing their environmental footprint so that they can continue operating in the long term.

Funding environmental projects also helps to reduce long term operating costs. Johnson & Johnson discovered this in the early 2000s. In 2004, they set a target to reduce greenhouse gas emissions, but they were unable to hit that target because, like many companies, their sustainable choices and financial decisions were made separately. To rectify this, they set aside US$40 million per year for projects that would reduce their greenhouse gas emissions. Since then, they’ve exceeded their original GHG emissions goals, and they’ve saved money in operating costs and risk exposure.

It’s clear, then, that transitioning to a sustainable business strategy isn’t just the moral thing to do, but it will also financially save your company in the long run. 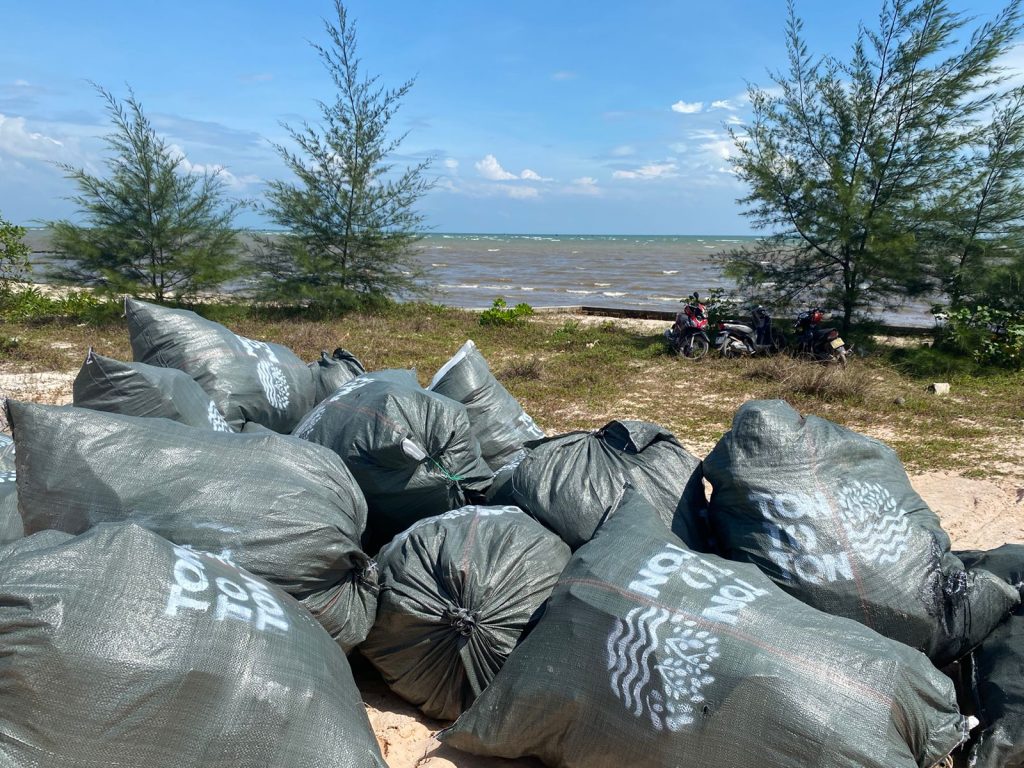 Investing in a sustainable agenda is the prudent way to go. Companies that do so are in a better position to predict changes, such as social, environmental, and regulatory changes, before they arise. While companies that haven’t invested in sustainability projects must scramble to make adjustments as they come along, companies with a strong sustainable strategy will have already implemented these changes and will be less likely to face financial repercussions due to new regulation or reduced access to resources.

But it’s not just prudent for business; studies show that the environment benefits as well. Companies, like Johnson & Johnson, have been able to exceed their sustainability goals while still increasing their profits, making a positive environmental impact while improving their financial gains for their employees and investors. It’s a win for everyone. 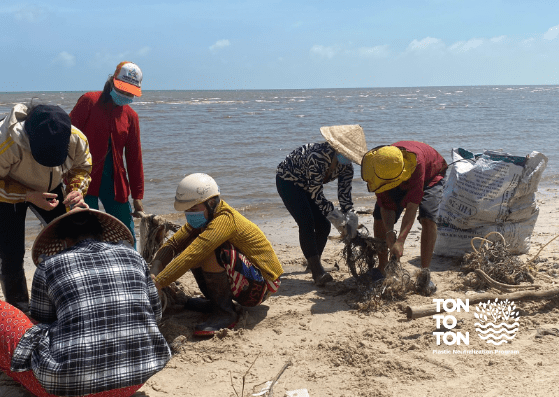 In order to make environmental investments now while your company strategizes long term sustainability choices, consider investing in plastic credits through TONTOTON. It works like this: you purchase plastic credits equalling the amount of plastic waste that your company produces, and we’ll remove an equivalent amount of plastic waste from the environment.

Our system results in zero waste: we sell collected plastic waste to cement factories so that they can convert the plastic into an energy source—one that’s more efficient and cleaner than coal—and raw materials that are mixed into the cement.

Additionally, our projects benefit the communities in which we work. We collect orphan plastic (low value, post-consumer plastic) that has, up until now, had no market and was largely ignored. Since we’ve made a market for this type of plastic, waste pickers and households can now make additional income from collecting this type of waste. We’ve empowered the members of the community in which we work to take cleanup projects into their own hands and provided another way for them to support their families. Everybody benefits.

It’s imperative to your company’s long term success to invest in its sustainability. If you fail to do so, your company will fall victim to inevitable regulations and resource depletion. As your company strategizes a greener future, make an impact now by investing in sustainability projects, like TONTOTON’s plastic credit system. Your customers, your stakeholders, and the planet will thank you.

PrevPreviousGreen Investments Will Come Back to You. Here’s How
NextCommunity-Based Projects: How Funding Local Sustainability Projects Impacts the WorldNext 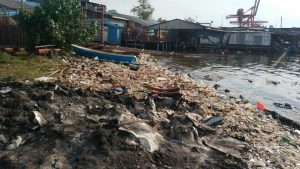 Where Does Plastic Waste Leakage Occur? How TONTOTON Stops It at the Source 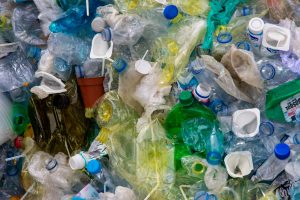 Plastic Responibility: Why We Need to Go Beyond Responsible Plastic 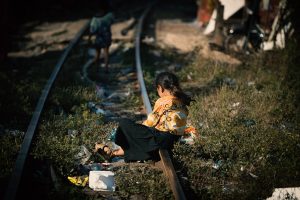